Friday, March 22nd, was a great evening at Junaluska Elementary School!  Around 75 third, fourth, and fifth grade boys attended the Band of Brothers event.  The evening started off with pizza.  The boys were given bags to collect “goodies” from each station or session they went to during the evening.  After pizza, the boys met their group leader and created a group name and chant.  Group leaders consisted of male staff at Junaluska, parent volunteers, and community members.  After meeting with their group leader, the boys  broke out into different 20 minute sessions that included, wilderness survival led by Rob Barham, Don’t Stink it Up led by Mike Blackburn, Tame the Beast led by Dr. Raymond Turpin, Team Building led by UNCA students, Commitment, Citzenship, and Patriotism led by Sgt. Perkins and SSG Montalvo from 105th MP Batallion, SPC Highthower from 210th MP Company, CSM Ben Garner, and Tool Safety led by John Mark Roberts and Eric Sollie, and Sportsmanship and Competition led by Nathan Messer.  Boys were given items to take with them from each station like, flashlights, tape measures, deodorant, dog tags, bandanas, sweat bands, etc.  The groups concluded the evening back in the gym sharing their group chant.  Principal, Alex Masciarelli gave students some encouraging words as he recapped the evening events.  This event would not have been made possible if it were not for countless donations from community organizations, Tuscola JROTC, and the dedicated efforts of Mrs. Joy Sollie, Guidance Counselor at Junaluska Elementary School. 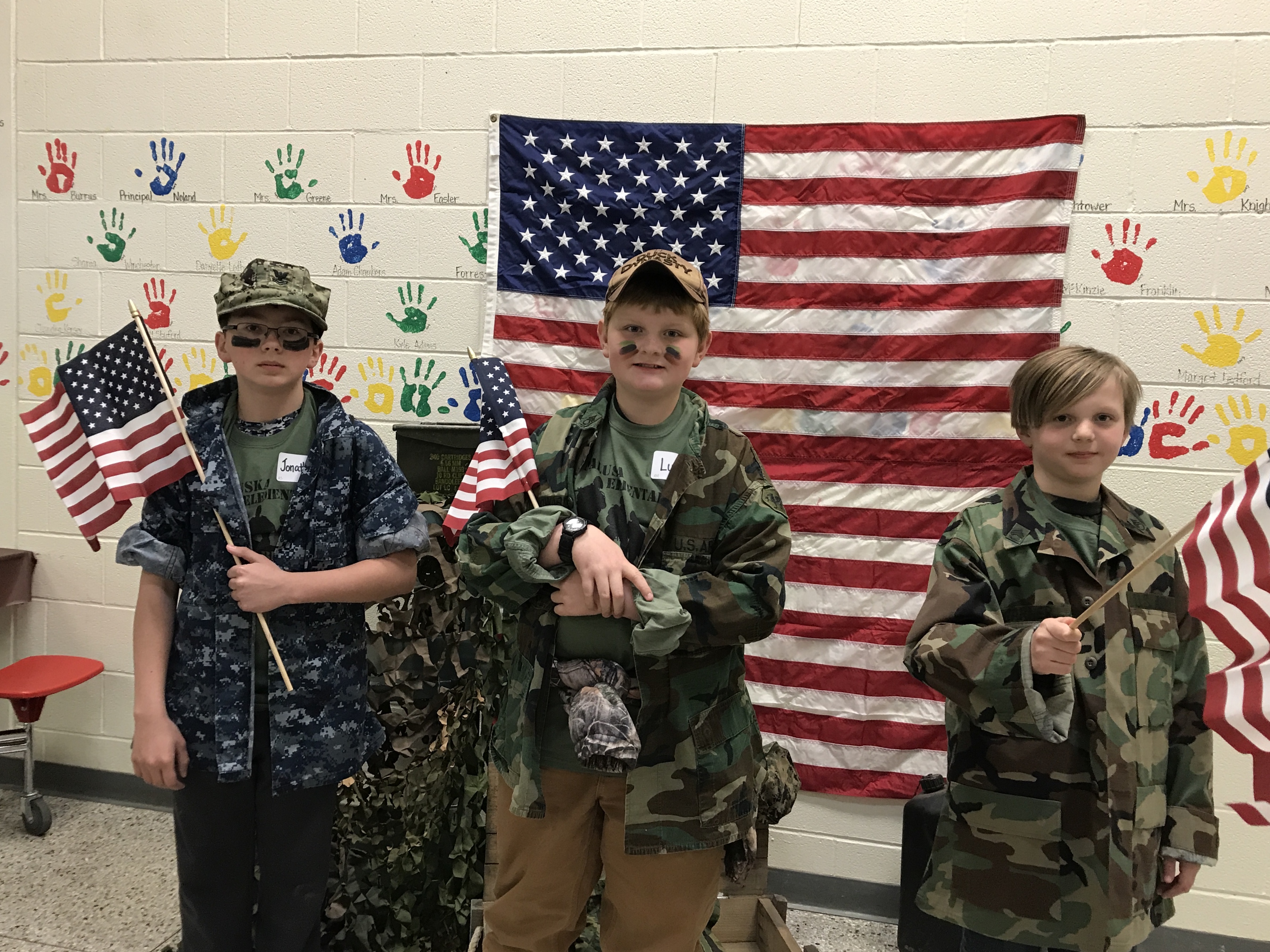 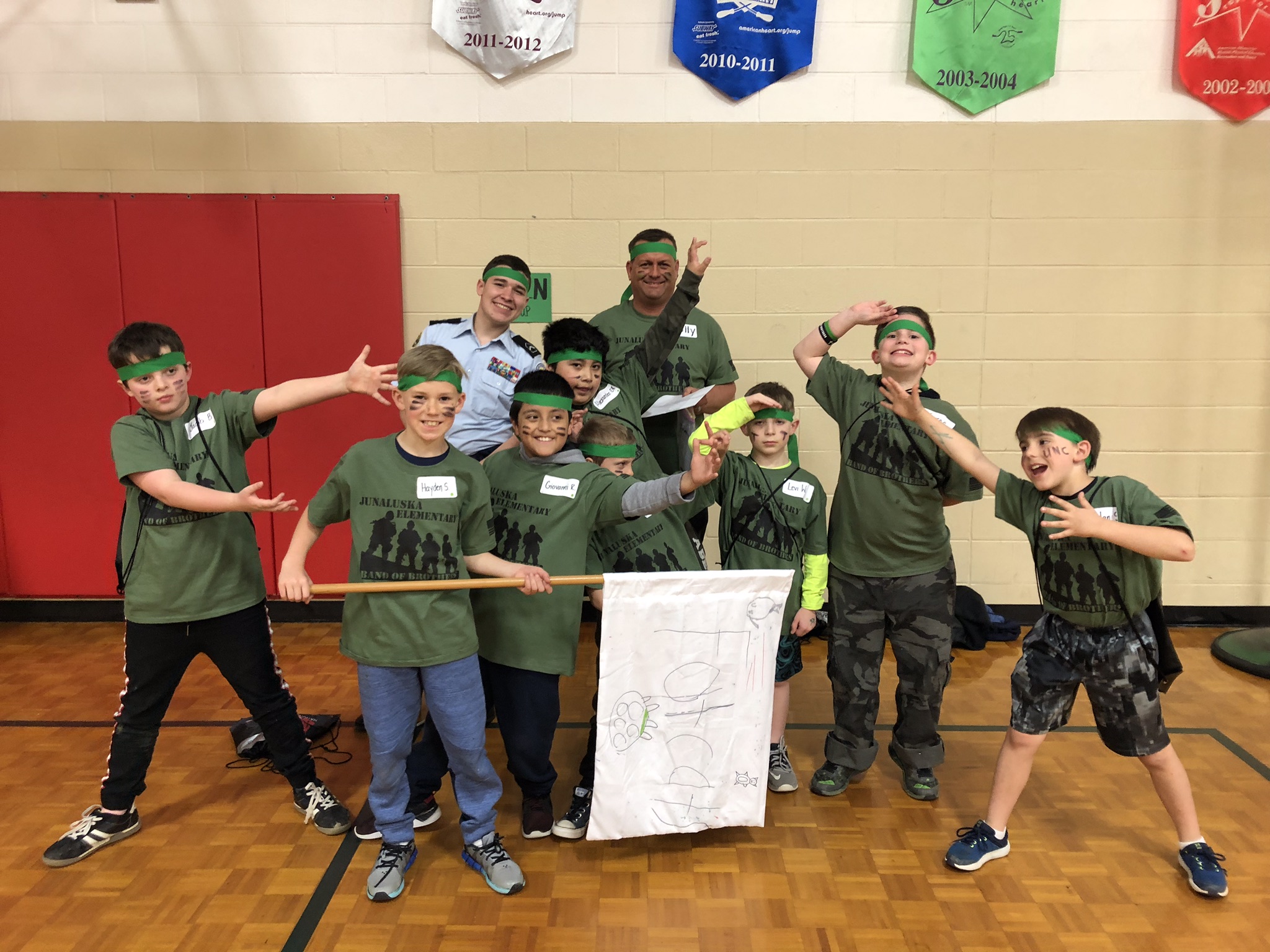 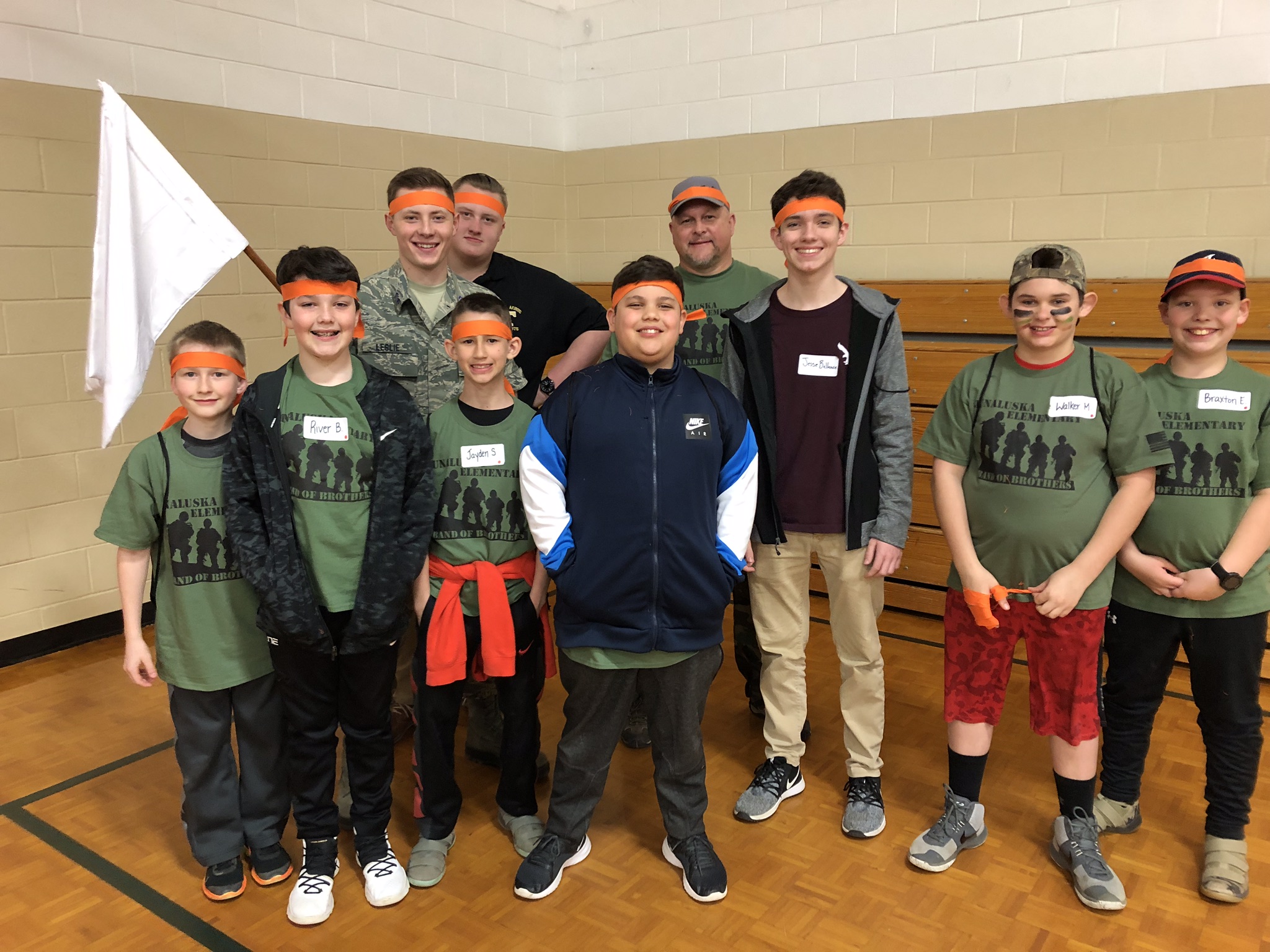 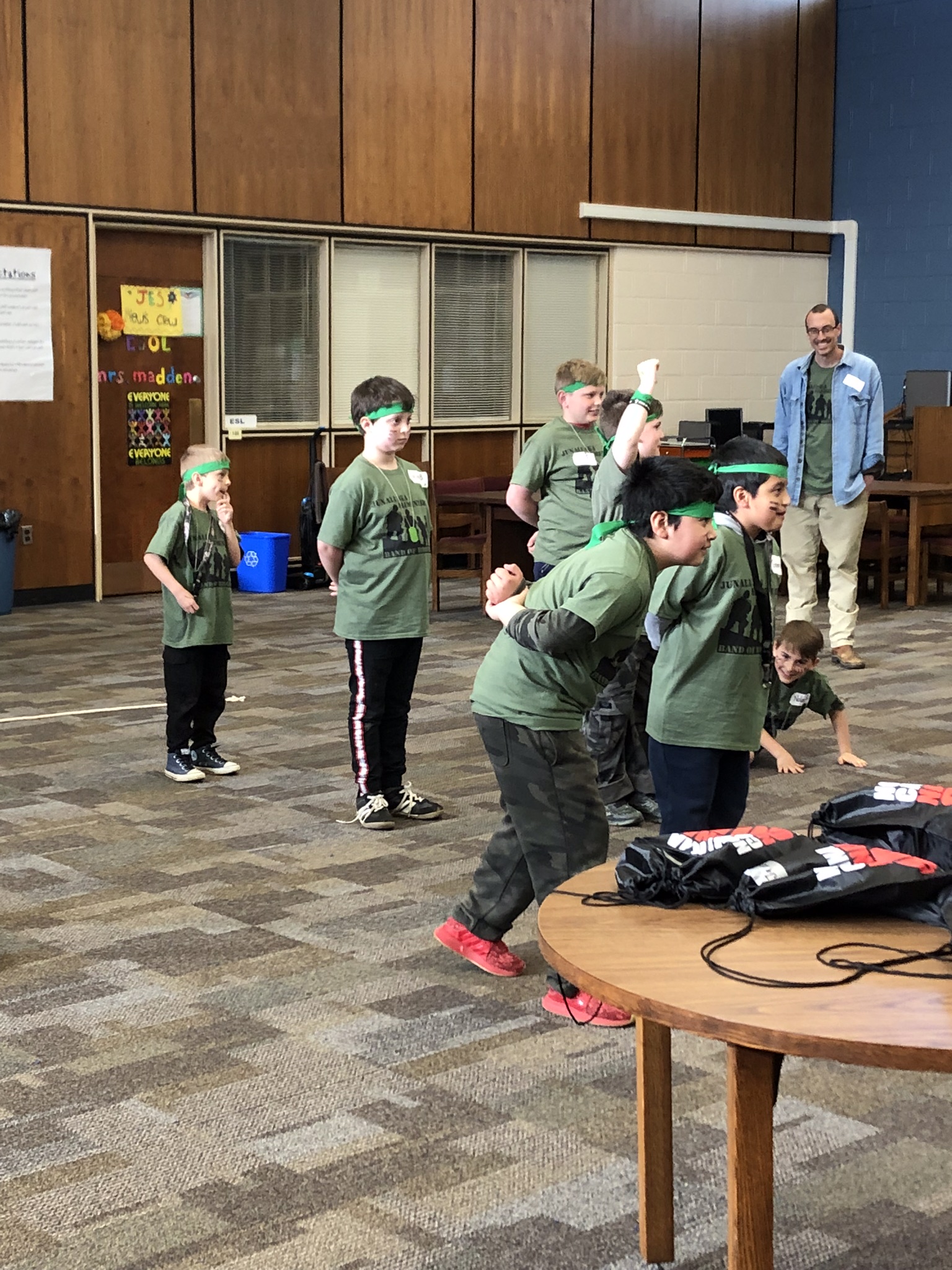 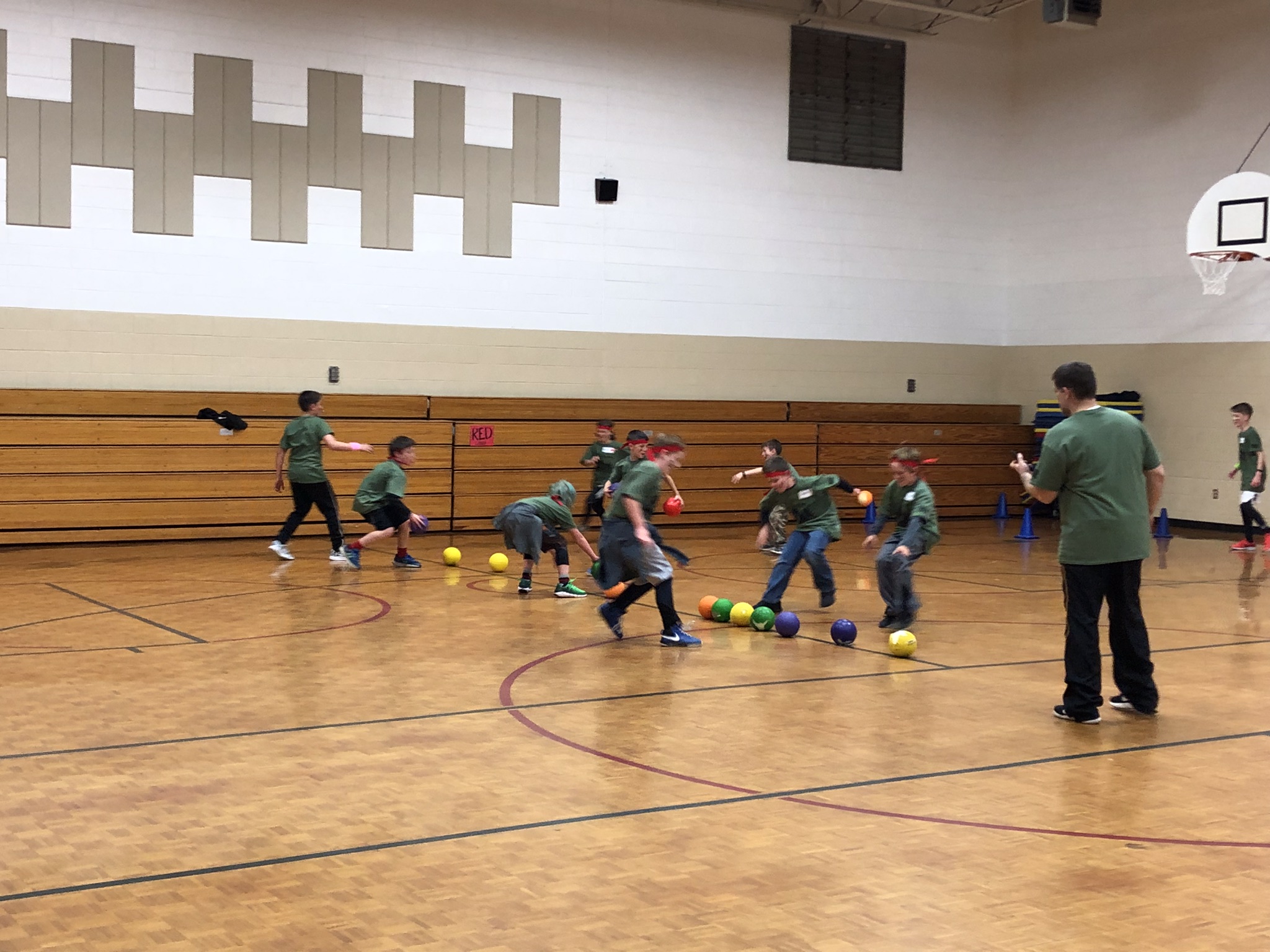 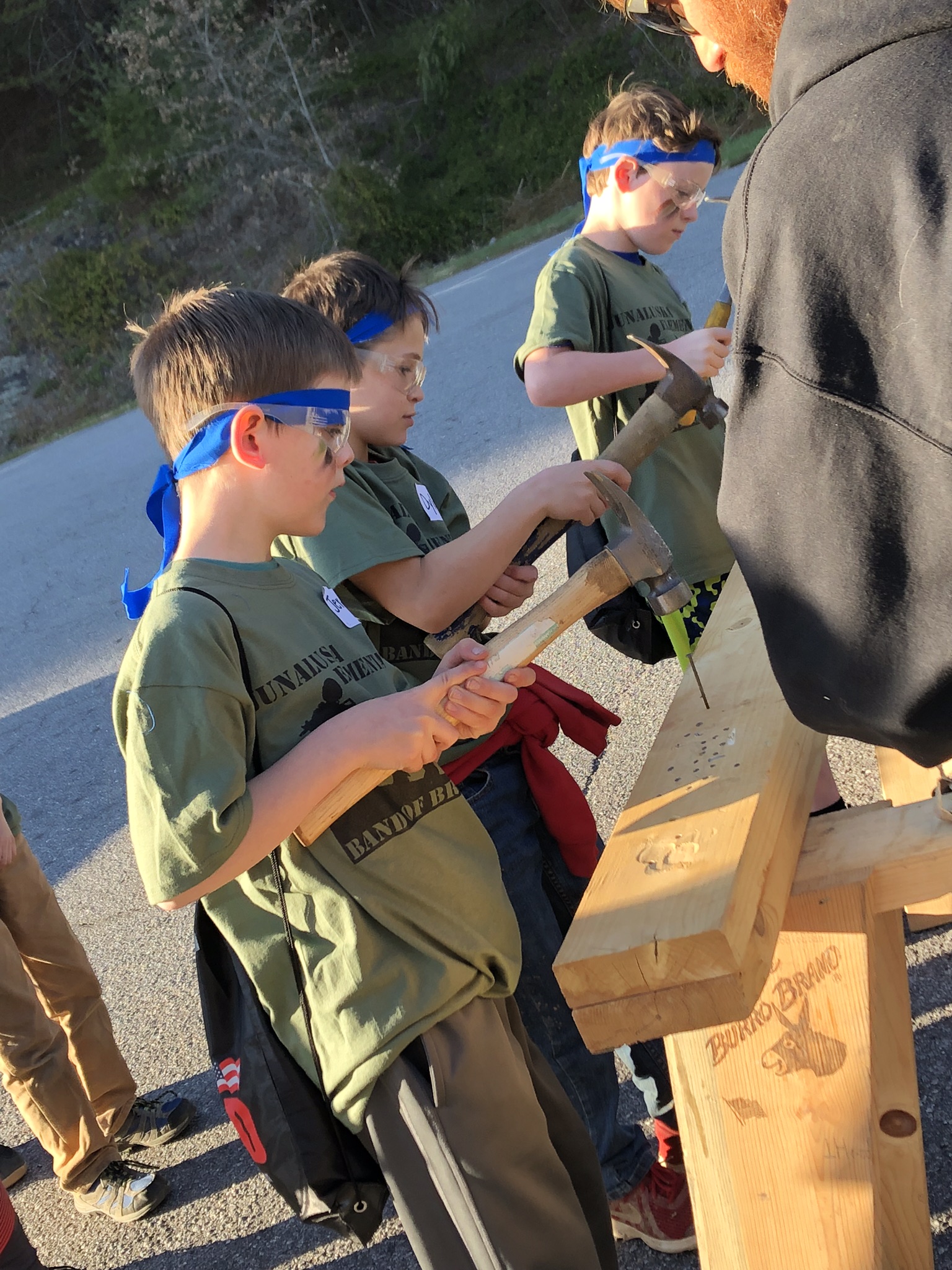 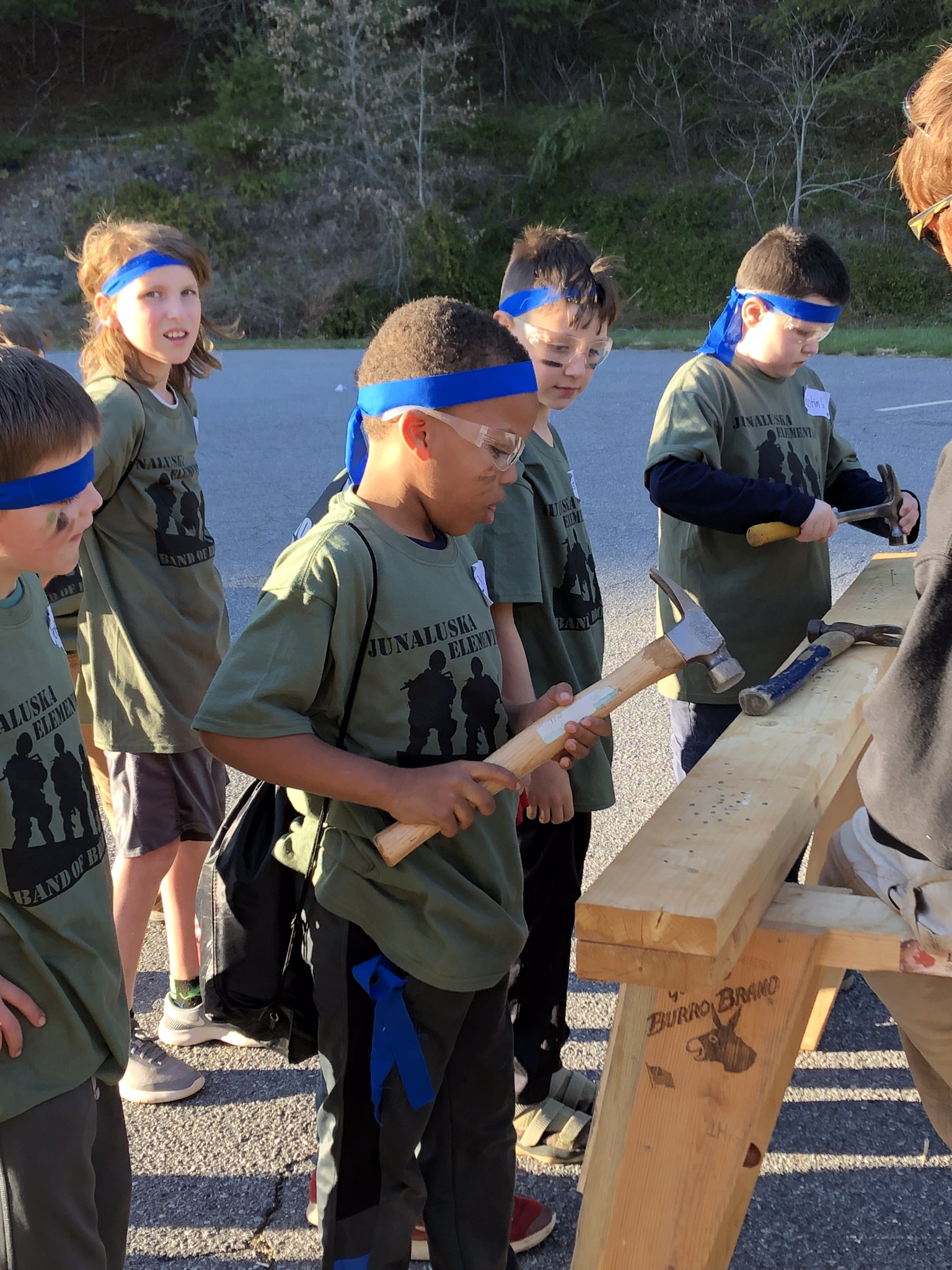 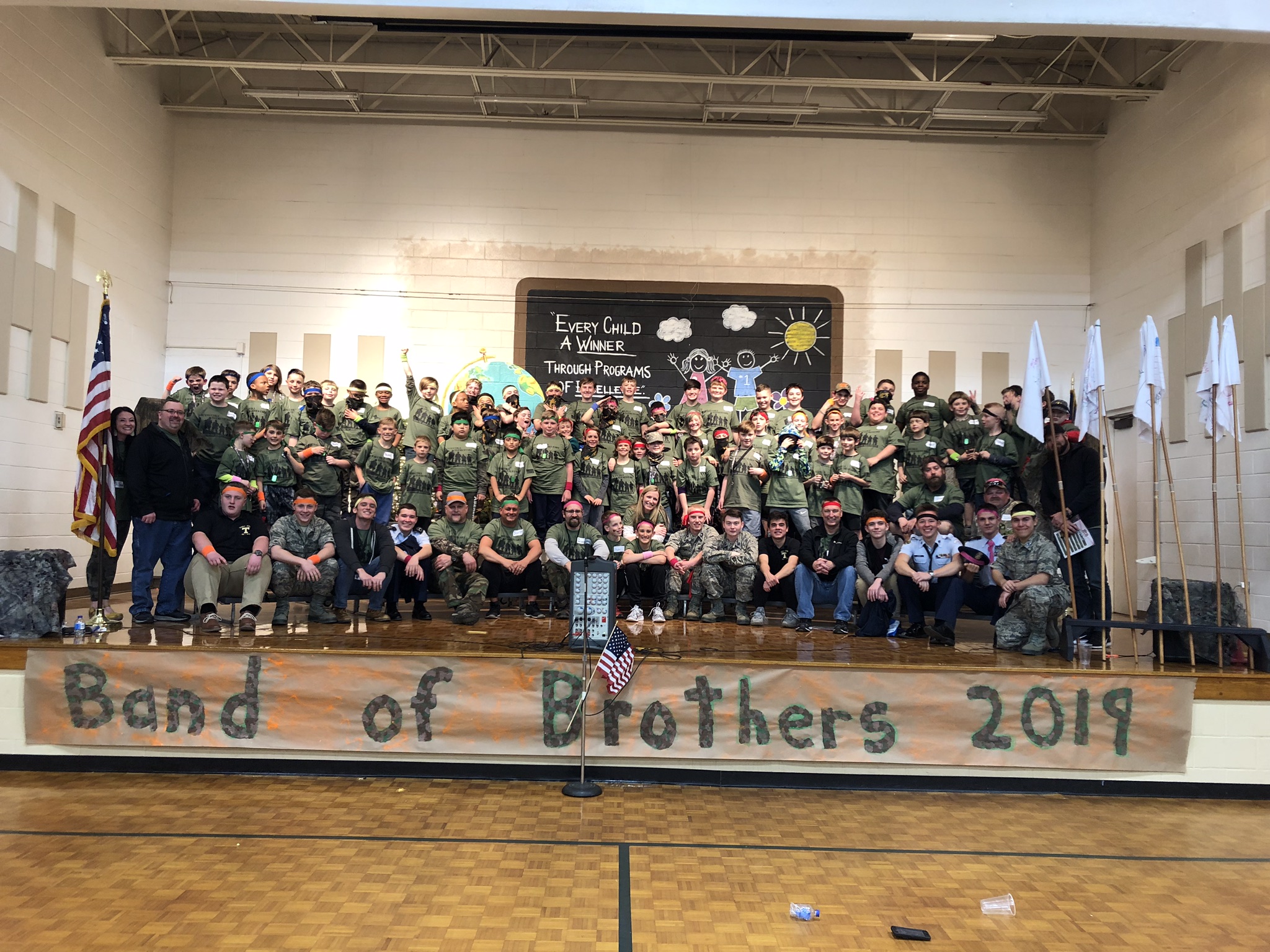